In keeping with tradition, the Guild is led by a 'Master' each year, an age-old title deliberately used to maintain links with its medieval origins and equivalent to the role of President in more contemporary organisations.

The Master for 2022-23 is Richard Geldard, seen here on the left with the Guild's Clerk, Tim Hinton. 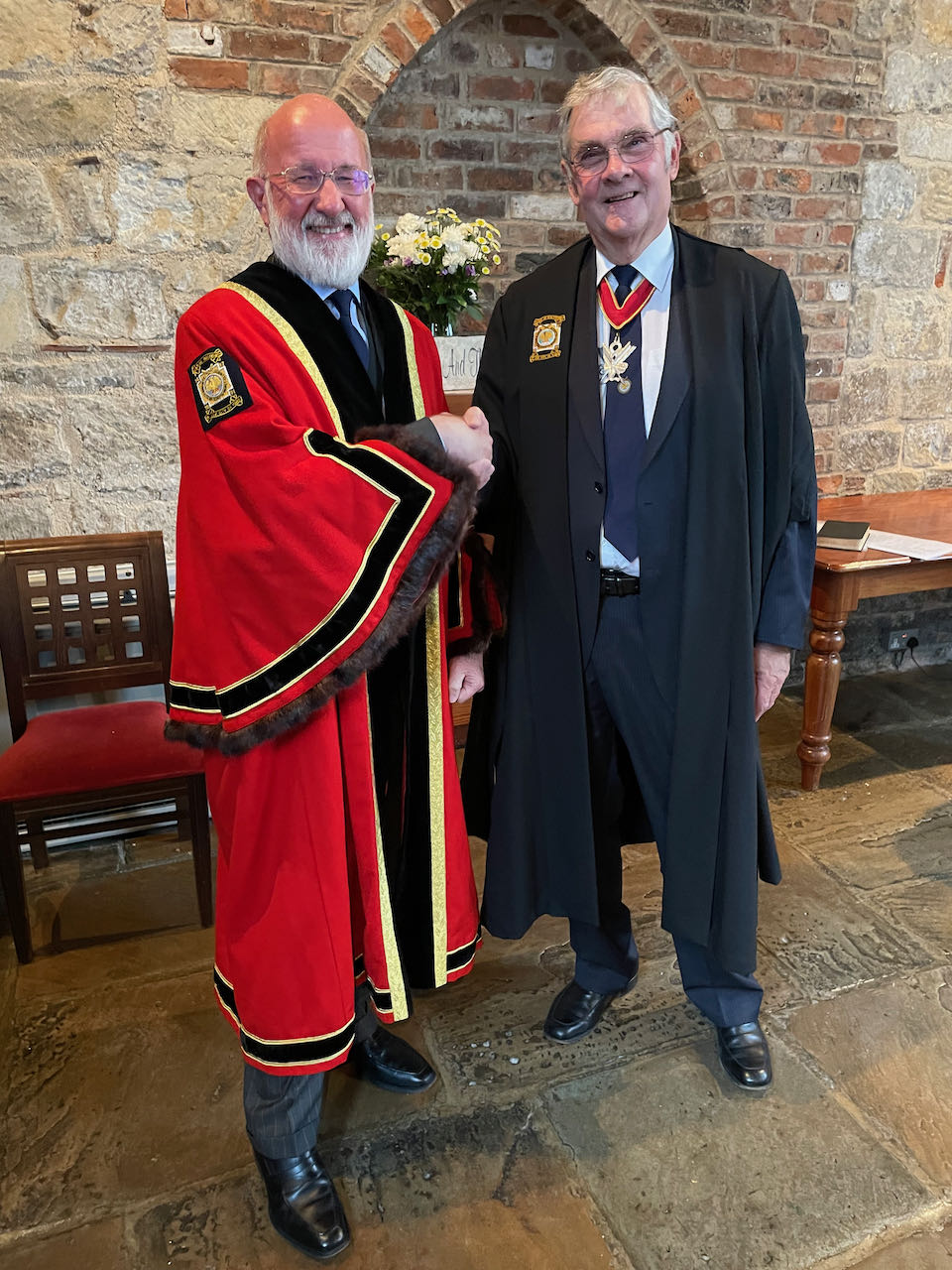 THE MASTER WITH HIS FLOCK

As a Scrivener you are likely to become involved in a wide range of activites run by other Guilds and traditional 'Freemen' organisations. There is a tradition that one of the rights of people who are Freemen of the City of London is that they can drive their sheep over London Bridge. For over a decade the Worshipful Company of Woolmen has organised a sheep drive together with a Livery Fair in London.

Participants are divided into groups of about ten and then walk behind a similar number of sheep over London Bridge. Once they get to the far side the sheep are taken back to the start to be driven by another group.

Richard Geldard, our Master, wasn't there officially as a York Scrivener, but wanted to take part and because participants are encouraged to dress-up, he decided to wear his York Scriveners bright red gown and it certainly drew lots of attention!

"It was great fun" he said. "Fortunately, there are barriers to the right and left, which doesn't leave the sheep with much option as to which way to go."

Master Richard Geldard at London Bridge with the sheep